1. The Majority of Western Muslims are Peaceful and Moderate

In 2004, Cesari estimated that there were over 12 million Muslims in Europe, making up 3% of the population1. Six years later, it had risen to about 15 million2, although due to overall European population growth to 711 million in that year, this was now only 2% of its population. Since then the immigration rate of Muslims doubled, with 7 million arriving from 2010 to 20163, mostly comprised of families fleeing from Syria4. Germany was the top destination for refugees, whereas the UK was the most popular destination for regular working migrants4. By 2016, the total number of Muslims in Europe was 4.9%4. Although the numbers are small, "anxiety about it has been growing"2 amongst some non-Muslims, spurred by negative press reporting and the anti-immigrant slogans of right-wing parties.

Many Muslims observe their religion and live their lives with no intent to either support or oppose fundamentalist extremism. Most want to be integrated into their nations' overall society5. Some critics proclaim that because mainstream Muslims fail to act against extremists, it allows extremists to prosper. But many active Christians are the same: they may well disagree with the actions of their fellows during the crusades, they neither support USA Christian fundamentalism but nor do they do anything about it and, they are also (I'm sure) disgusted by the sexual abuse of children by priests, and its cover-up by their own Churches. It is Human nature just to want to get on in life, in peace. But we rarely hear the popular press berate them for failing to stand up to horrible people in their own ranks. The opposition of the ordinary lay person is rarely recorded on the news, and rarely published. Muslims are in the same boat: extremists are always louder than the mainstream. The last census showed 1.5 million Muslims in Britain, and they make up 6% of the EU: it is clear that most of these are part of a peaceful and quite undramatic ethnic culture within the West.

After the Sep 2011 terrorist attacks on the USA: 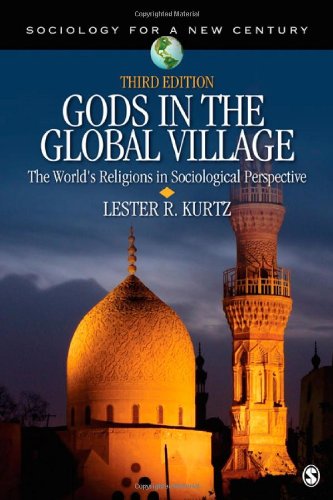 Certainly, there are Muslims who do [support terrorism and violence against civilians], but they are not in the mainstream of the tradition and do not represent Islam any more than the Ku Klux Klan represents Christianity.”

Many Muslims do not heed the Qur'anic verses urging them to prepare for war against unbelievers (Qur'an 8:60), nor the verses telling them to increase their strength so that they can convert or subjugate those around them. Authors such as Robert Spencer argue, with excessive use of quotations from the Qur'an, that such peaceful Muslims are (fortunately) not truly following their religion. Yet, the Christian Bible endorses slavery, female subjugation to males, deadly violence against pagans, and invects against homosexuals: thankfully most Christians also ignore it all. It is good that many in the world do not adhere to the ancient and barbaric exhortations of their holy books. Most Muslims merely want, like everyone else, to live their lives in peace, with their friends, to raise families and win stable employment.

Some moderates do indeed vocally and openly oppose extremists. Mr Manzoor witnessed two political candidates handing out leaflets outside a mosque, when two men started shouting loudly at them, telling other Muslims to ignore them as the election campaign was "against Islam". "So far, so predictable. But what happened next was not. The two men were shouted down by the others: 200 Muslims who to an outsider would have looked exactly like the two extremists".7. News outlets frequently publish opinion pieces and shocked reports based on the views of a few extremists, which worries everyone. But rarely do those two hundred moderate folk find themselves exposed on the news.

Sometimes, the efforts of Muslim liberals actually seem unrealistic even by outsiders' standards. Mattson (2003) states that "a few American-Muslim leaders have tried to make the point that American political concepts are 'authentic' to Islam because the USA allows Muslims to practise and propagate their religion freely"8,9. Although their motives are good, their arguments are theologically weak and unconvincing.

Such normal people are however under pressure. A sense of all-round disharmony between civil Muslims and suspicious Westerners puts them in a difficult position, which can only be made worse by incidents of anti-Muslim xenophobia and racism.

2. The Influence of the Traditionalist Islamist Radicals

In some Muslim majority states like Turkey there is a clear battle between moderates and fundamentalist Islamists. The former sometimes dream of democracy and tolerance towards non-Muslims, whereas the latter continually push for complete intolerance, Islamic dominance, and the increasingly strict Islam that opposes democracy and human rights. But given that many oppose the growth of extremism, how does it happen that as a country becomes more Muslim, it inevitably becomes more fundamentalist? The answer is in the calculated form of protest and outrage that Muslims stage. In the West, it tries to wedge open any cracks that appear in liberalism as a result of a desire for tolerance and peace, especially where secularism lacks full strength. In the East, the pressure is political: organized and well-funded extremists infiltrate (and create) grassroots movements, and intimidate and scare the present government into adopting increasing hardline stances, in order to appease 'the people'. And all over, globalisation allows hardliners to operate "fetching" marriages, whereupon Western communities are gradually infused with 'fresh' extremists from Islamic states, therefore preventing integration with local community and culture. Families and individuals that would otherwise live a naturally moderate life face angry, aggressive and increasingly threatening pseudo-officials in their own communities. So that's the theory on how Islamic extremists push the boundaries and gradually suppress dissent and any fledgling liberalism, but what does it look like in reality? London is one of the most multicultural and tolerant cities on the planet, so we start there to look at how Muslim communities face pressure from within.

London, UK: The Guardian (2011)10 reported on Dr Usama Hasan, who for 25 years served a Leyton Mosque in Middlesex. He delivered the Friday prayers and was vice-chairman. His lectures at his mosque questioned hardline Muslim values, saying that women had a right to refuse to wear the veil if they did not want to, that they could have their hair uncovered in public, and, that the theory of evolution wasn't a completely ridiculous idea, as it is supported by mountains of evidence. It is awkward that such things still need to be said in the 21st century, but, in his position of authority, he could doubtlessly influence people for the better and he commented on those topics. Although most of the community didn't disagree, the hardliners arose in angry protest against him. He was subject to intimidation, death threats (not the first time, either), and he and his wife and children were put under security protection by the police. An organized group of 50 hardliners appeared at his Mosque and handed out leaflets against him, and, disrupted proceedings by shouting in the Mosque for his execution. The leaflets specifically quoted Muslim religious authorities saying that any Muslim who believes in evolution is an "apostate" who "must be executed". It doesn't matter that these aggressive and organized protestors were not a majority. What matters is that their tactics are successful: everyone knows that such pressure simply does not let up. Dr Usama Hasan stopped delivering lectures, and issued a statement apologizing for his own "inflammatory" statements and officially withdrew them. Now, his good work was gone, but worse, all in the community saw that not even him, one of the most influential and long-standing members of their community, could stand up to the extremists. He worries that the Mosque could fall into the hands of the hardliners and he knows he will need to take caution for the rest of his life. Even worse, some may even have convinced themselves that evolution was bad and contentious, and that women aren't free to wear whatever they want. Intolerance and fundamentalism, even in the midst of the most culturally diverse cities, tightens its grip on those minorities a little more.

That's how it works with local communities, but the same tactic works on much larger scales.

3. The Influence of Near-Eastern Islam on Western Communities

In "When Islam and Democracy Meet" by Jocelyne Cesari (2004)13, Cesari devotes a few chapters to tracing the ties between Western Muslims and the Islamic institutions of the Near East. National outreach-churches from the Muslim world have much influence both directly and indirectly, so that they affect the lives of even the (partially-)secular Muslims of Europe14. Many such organisations are unpleasant and teach fundamentalist and ultra-conservative doctrine. It is difficult to learn Qur'anic Arabic in Western countries due to the lack of established institutions so all teachers who command authority and respect are foreign-trained. Western moderates are almost completely "unable to command much support in the Muslim Middle East"15 and only the most enthusiastic Islamists tend to emerge as knowledgeable Islamic preachers and community leaders in the West16. These people must go abroad for the best training in Islamic scripture, or, attend some of the Mosques and projects that are funded by outreach churches from Saudi Arabia and other places. The result is that the best-trained are also those who suffer from the longest and most intense exposure to extremist ideas. The situation is unstable with integrating and secularizing forces on the one hand, and the influence of powerful and Islamic institutions in the East, on the other. Manuel Valls MP warns that the lack of state funding for Muslim institutions in France leads to increased susceptibility to influence from rich and zealous churches from countries such as Saudi Arabia17. Tariq Ramadan, a more comprehensive scholar of Islamic thought, writes a similar account18. Both authors conclude that it is the lack of a Western center of Islam that makes it necessary for Muslims to study abroad, and Ramadan asserts strongly that an independent Western Islam must emerge in order to solve problems associated with radicalization.

Reform and revolution in Muslim lands is possible, however, most such events turn out to be disappointing from a human rights point of view. Many mass movements have resulted in increased fundamentalism and intolerance towards non-Muslims; those revolts of the "Arab Spring" from 2010 onwards have yet to result in any liberalisation of any Muslim country, and, behind the scenes many fear that hardline Islamists are using their organisational ability to infiltrate and control some of the rebel movements19, which the outside world assume to be led by moderates and liberals. Twice in history, a Muslim country has seen a secular revolt that moved it away from fundamentalism. The first was in Turkey under Mustafa Kemal ("Atatürk") from 1924, and the second in Iran in 1925 under Reza Shah along with much brutality20. Neither reformer had an easy ride and in both cases it was only possible using a secularizing military force which could resist the violent reactions against the reforms. In Iran the secular regime of Shah was overthrown in 1979, whereupon the country returned to strict Islamism. Turkish reforms have stalled. The Islamic golden era from 8th-12th century saw the spread of literacy, science and mathematics, but since then, increasing Qur'an-based fundamentalism has plunged the Muslim world into a Dark Age comparable to that of historical Christianity in Europe. So far, there is no known good way to bring back a country from Islamic extremism, but, let's not forget that at the height of the medieval Christian Church's power, it also looked unlikely to ever lose its dominant position. It is too early and too difficult to tell what changes are occurring in the Muslim world.