Agnosticism is the belief that (1) God, if it exists, is by nature unknowable and will always be unknowable ("strong agnosticism"), or, (2) that the individual being asked cannot conclude if god exists or not for lack of good evidence one way or the other.2,3. Some agnostics sit in an assumed position; agnostic theists assume that God exists (a matter of faith) but also know that they don't have good evidence for this position, and, agnostic atheists assume that God does not exist but also know they cannot prove their position. Pure agnostics do not accept either assumption.

1. Numbers of agnostics Around the World, by Country

It is often the case that "agnostics" are grouped into the same class as "non-religious" and therefore it is often difficult to obtain accurate and up-to-date statistics on agnosticism. The 2005 Worldmapper statistics in the table on the right clearly falls foul of such an approach. This occurs partially because the word "agnostic" itself embodies concepts developed in Western academia and is not well understood elsewhere. Choosing what counts as "agnostic" in Eastern countries is particularly difficult, as most of their religion is not a choice between theism and atheism, but between different forms of atheism. The religious may be Taoists and many are non-religious: but both classes are atheists. Therefore "agnosticism" isn't a meaningful concept to most people except those who study Western philosophy or theology.

The rates of "agnosticism" are more accurate for Western countries, where many state that they are non-religious and understand that "agnosticism" is its own distinct form of belief. In this case, it can clearly be seen that countries with high numbers of agnostics also score very highly on the Social & Moral Development Index (see the links at the bottom of this page).

2. A Sensible and Honest Stance

Agnosticism has great intellectual merit, and it is respected by many (both theists and atheists) as a wise position to take in the absence of firm evidence for or against the existence of god(s).

Many agnostics still do have belief one way or other; some are agnostic theists, whilst others are agnostic atheists. Peter L. Berger is an example of a theologian who prefers theism (he calls atheists 'childish') but who respects agnosticism as reasonable4. On the other side of the line are critical thinkers such as Thomas Paine, who prefer atheism and assert that god is unknowable to the extent that agnosticism is as far as we can go towards theism5.

To admit a lack of evidence is more noble than to mistake confidence for knowledge, and, it is a more honest stance than those who can't admit that they don't have enough facts to make a choice. Most people, of course, have not adequately examined the arguments for or against the existence of god, so most people are most reasonable if they describe themselves as agnostic. Agnosticism is a "brave" stance, for they are admitting that they have not yet reached a conclusion on the existence of god. Many people attempt to hide areas of their belief that lack proper evidence.

Having said that, I am sure that with continued thought and careful analysis, most agnostics would become atheists. But to claim atheism without that extra thought is of course premature and ignorant, as is claiming theism without addressing the (massive) problems that theism has.

“As J. G. Schurman (1895) observed over a century ago, agnosticism can be defined in two different ways. First, an agnostic may be an individual who does not personally know whether or not God exists. Second, an agnostic may be someone holding the philosophical position that it is impossible to know.”

3. Its Ancient History and Modern Revival

Agnosticism is not a new belief, and has been explicitly professed for thousands of years. The Roman school of philosophers called the Sceptics (3rd century BCE - 2nd century CE) came to agnostic conclusions:

“... in all the investigations of the Sceptics the theoretical result was that no scientific certainty could be attained: it was equally wrong to assert or to deny the existence of the gods.”

Pliny the Elder in the 1st century CE stated that even to begin investigating what God might be is a sign of human weakness7, and therefore would have us all remain in a state of agnosticism aside from the general assumption that god(s) may exist.

The Rig Veda, authored between 1500 to 1200 BCE, has the Creation Hymn open with a long series of questions, the answers to which are simply unknowable. Why and how was reality created? Its conclusion is that perhaps the ultimate creator itself doesn't even know those answers - a case of divine agnosticism.

“Who really knows? Who will here proclaim it? Whence was it produced? Whence is this creation?
The gods came afterwards, with the creation of this universe. Who then knows whence it has arisen?

Whence this creation has arisen - perhaps it formed itself, or perhaps it did not - the one who looks down on it, in the highest heaven, only he knows - or perhaps he does not know.”

"World Scriptures: An Introduction to Comparative Religions" by Kenneth Kramer (1986)8

There are arguments that even gods can be omniscient, and therefore, at the highest level there must be agnosticism on certain topics. Read these links for more:

In the modern era the concept (and the word) of agnosticism was formulated by Professor Huxley in 1869, although he may only have used it only in the "strong" sense9. The term gained immediate cultural traction.

“In 1883, when writing to Charles A. Watts, publisher of the Agnostic Annual , Huxley said, "Some twenty years ago, or thereabouts, I invented the word 'Agnostic' to denote people who, like myself, confess themselves to be hopelessly ignorant concerning a variety of matters, about which metaphysicians and theologians, both orthodox and heterodox, dogmatise with utmost confidence...." (p. 9). Huxley alluded to the role of the Spectator in popularising both "Agnostic" and "Agnosticism".”

In the USA when it comes to knowing basic facts about Christianity and world religions, a Pew Forum poll in 2010 found that atheists, agnostics, Jews and Mormons, know most of their facts, all being able to answer over 20 out of 30 questions on religion. Mainline Protestants and Catholics were less knowledgeable. The biggest factor contributing to this was the level of general education.10

Agnosticism, although highly valued by many, also attracts some severe criticism from both atheists and theists2. Much of the criticism is unfair and shallow. 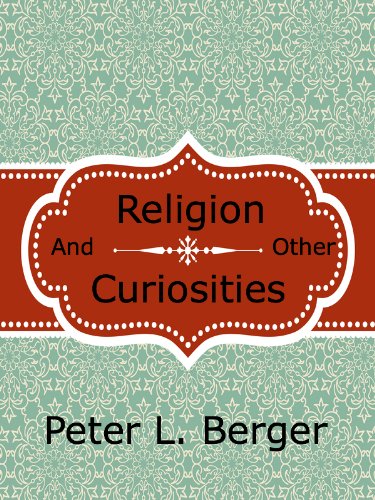 The Catholic Encyclopedia. 15 volumes were produced between 1907 and 1912. Updates occurred in 1914 (an index) and 1914 (supplementary volumes). Published by the Robert Appleton Company, New York, USA (later renamed to The Encyclopedia Press). Reproduced on newadvent.org.

Internet Infidels
The Secular Web. An online library of skeptical and critical texts.

Shanahan, E.
(1907) Agnosticism. Date last accessed 2017 Jan 24. An Entry in The Catholic Encyclopedia. 15 volumes were produced between 1907 and 1912. Updates occurred in 1914 (an index) and 1914 (supplementary volumes). Published by the Robert Appleton Company, New York, USA (later renamed to The Encyclopedia Press). Reproduced on newadvent.org.

Worldmapper
(2008) Worldmapper Datasets 551-582: Religion. Worldmapper Datasets 551-582: Religion (2008 Mar 26) on worldmapper.org/.../religion_data.xls, accessed 2013 Nov 11. Authored by John Protchard, published by SASI, University of Shieffield. Data is for year 2005, with some datasets being edited from original sources to remove the effects of double-counting, and, adjusting for population changes between 2002 and 2005.

Young, Bill
(n.d.) The Origin of the Word Agnostic. Date last accessed 2017 Jan 24. An Article in Internet Infidels
The Secular Web. An online library of skeptical and critical texts.