Why Are There So Many Religious People? Parents, Local Culture and Inertia

In most countries on Earth, most people are religious. But why? The main reason is that children assume the religion of their parents1 and they are unlikely to ever switch2, or, if they do convert, it will be to become a member of a different religion that is also popular where they live3. In "Social Psychology" by David Myers (1999)4 the word "religion" enters the index from the chapters on "conformity" and "indoctrination"5. Other researchers have found that "fewer than 1% [of Americans] convert to an entirely new religion"6 and in some places children are not exposed to non-belief until college7 and it is easy to imagine that in the current-day Middle East and in historical times, the only comments ever heard about non-believers are intensely negative. In this sense, most people's religion is arbitrary and it is clear that most religious people did not choose their religion, nor have they seriously compared religions to ascertain which one(s) were most likely to be true. Most people confuse their heritage for their religion.

For a period of time children always assume the religion of their parents. This initial impression on children can be very long lasting, and it is exclusionary. Once a child learns what religion they are, it is unlikely that they will ever switch2. A study in America found that "fewer than 1% ... convert to an entirely new religion"6 and Guy Harrison agrees that "virtually every believer on earth today believes in the god that his or her parents believed in and/or the god that is most popular in their culture" (2008). In this sense, most people's religion is arbitrary. Inheritance will generally override early social factors, such as the common religion of local schools, and is one of the rare areas of self-identity where parental definition trumps peer pressure.

Isn't it interesting that most adult believers so easily dismiss every religion except the one they were encouraged to believe in childhood? Many believers are not too shy to admit that they view other religions as unproven and maybe even a bit silly. And this is despite the fact that these religions have no more or less evidence than their own.” 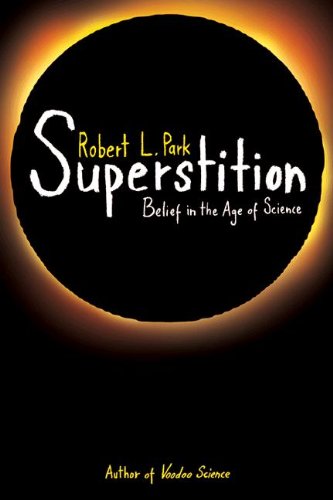 “In this difficult world we have little choice but to rely on the word of people we trust. Religious superstitions don´t come just from the pulpit; the most trusted and admired people in our society–parents, teachers, political leaders, even sports heroes and entertainers–often proclaim their religious convictions publicly. After all, religious belief is generally regarded as a virtue. In Bible-Belt America, children may be in college before they discover that nonbelief is an option. [...]

I generally find the same pattern among those of my physics colleagues who remain religious. Their religious convictions were being instilled in them even as they learned to speak. They are no more likely to shed their religion after puberty than they are to stop thinking in their first tongue. It happens, but not often. H. L. Mencken once grumbled that he could never trust an atheist who was raised as a Catholic–eventually they revert to their childhood faith. I doubt if Mencken had any hard data to back up his assertion, but everyone can recall anecdotes that illustrate the power of early childhood indoctrination. We can´t help it - we are prisoners of our upbringing.”

Pluralism is the next source of pressure on a young adult; exposure to religious cultures can offer constant intrigue about others. This works both ways; non-religious folk may gain interest in religions, and, religious adherents will meet non-religious people and consider the merits of living life without religion. Many people argue that particular religions must be true because of how many other people believe in them9, and this kind of thinking is relative to a person's experience in life. Most conversions to a religion are predictable and based on what other religions are active locally3 - decisions taken towards conversion are, in other words, still woefully arbitrary. Evaluations are psychological and based on ad-hoc experiences, not on rationality or intellectual comparisons.

Many call themselves a religion even though they have no real beliefs. See "Institutionalized Religions Have Their Numbers Inflated by National Polls" by Vexen Crabtree (2009).

A person who is brought up by (for example) Catholic parents, in a Catholic area, and attends (perhaps) a Catholic school will be a Catholic. They don't necessarily have to believe, but nonetheless they will behave as one and call themselves a Catholic. Even after peer pressure and exposure to religions through globalisation, only a small percentage of people will ever take the effort to examine a number of religions, investigate their philosophies and theologies, critically compare their claims, and attempt to conclude which ones contain truth. In short, only a small percentage of people deliberate about religion and make an informed choice. It is only really this proportion who are truly responsible for their own religion. Nearly all people, in history and in the present, are simply swept along by social factors rather: for nearly all people, one's religion is an accident of where one happens to be born.

Once a religion has become institutionalized or popular, some trends appear that serve to exaggerate statistical measurements of the numbers of adherents (followers) it has. Firstly, people start telling officials that they 'are' a religion for traditional reasons to do with family rather than because it is what they truly believe. Secondly, people start exaggerating how much they are engaged with the religion, i.e. how often they attend religious events such as going to Church on Sunday. Thirdly, the religion itself becomes more diverse and so encompasses a greater number of believers in various things. Fourthly, cultural norms merge with religious norms to produce distinctive practices that are hard to separate into pure categories of religion or culture, meaning that some religionists follow cultural norms without actually believing in the religious side (hence the appearance of atheist Jews, etc). Fifthly and finally, a large number of theologically-illiterate laypeople will confuse any generally religious beliefs with whatever the dominant religion is in their community. So, in Christian countries those who merely believe in God are called Christian whether or not they believe in the complications of Christian theology, but in Muslim countries those same people would call themselves Muslim because they believe in God, whether or not they believe in Islam. Established and traditional religions are over-represented in polls.”

4. Other Causes of Religion