Pride and Ego as a Cause of Religion

1. Is Atheism Caused by Pride? By Brian Holtz

Atheists, educated people and psychologists know that pride, in ourselves and in our work, is an essential part of mental health. But some Christians, are adamant that pride is a "cardinal sin" responsible for all other sins. With this in mind, is it more prideful to be an atheist or to be a theist? Brian Holtz answered this question rhetorically in 2002:

Historian William Draper in 1881 writes that it has been a historical feature of nearly all world religions created by mankind that it is, actually, mankind that it is at the center of the creator's plan2. But it makes no sense to think that God is interested in us as a species, more than any other species. The dinosaurs would have had every reason to imagine that the Universe was fine-tuned for them. The stars and moon to provide light at night, the sun to make the plants to grow, for food. The evidence is convincing that everything was designed, just for them. The same logical arguments would lead dinosaurs and Human theologians to the same conclusions: We are the species that God cares about! But how wrong the dinosaurs were! Given the success of insects such as ants, and reptiles, and bacteria, it is actually more likely that the Earth was built for them, not animals, and not Humans. Some bacteria can survive in space; and 99% of the Universe is pure, vast, empty space. To say that the Human species is central to creation is somewhat odd, given the uninhabitable vastness of the universe.

“Given the egocentrism that seems to characterize the human race, convincing people that the universe was designed with them in mind is as easy as convincing a child that candy is good for him.”

“Ocean, n. A body of water occupying about two-thirds of a world made for man - who has no gills.”

Bertrand Russell the philosopher hits upon this subject in two separate books. Although the Religion and Science quote is most generic, the first one could easily read "Islam" as "Christianity": 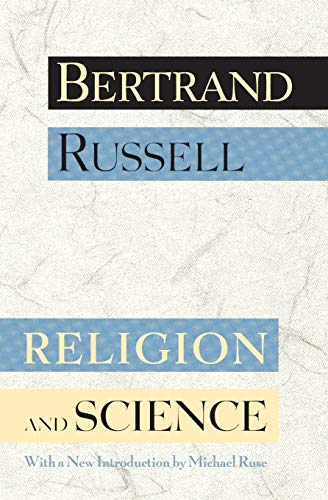 “If Christianity is true, mankind are not such pitiful worms as they seem to be; they are of interest to the Creator of the universe, who takes the trouble to be pleased with them when they behave well and displeased when they behave badly. This is a great compliment. [...] It is an even pleasanter compliment if He awards to the good among us everlasting happiness in heaven.”

“Is there not something a trifle absurd in the spectacle of human beings holding a mirror before themselves, and thinking what they behold so excellent as to prove that a Cosmic Purpose must have been aiming at it all along?”

"Religion and Science" by Bertrand Russell (1935)5

Egocentrism is surely the most pleasing and natural belief system of any species throughout the Universe, until such a time as their philosophy and science learns of the vastness of the Universe. Anthropomorphic gods are a projection of our ego rather than a humble admission that we (as individuals and a species) are relatively unimportant when we consider our place in the massive Universe.

Our ego makes us want to feel special, wanted, watched and observed. We want to be punished when we do wrong, because we like to feel that our actions count. Psychologists and psychiatrists such as Sigmund Freud, R.D. Laing6, etc, have also held that God is a projection of the ego. God provides an imaginary fulfillment of the role required by our ego; the position of a being that ratifies our importance in the world. The less important we feel ourselves to be, the more this God can assert itself. In angst and powerlessness, people find comfort in a personal "realisation" that actually everything is ok, they are not worthless, because God cares for them. Some turn to God to fill a hole created in our heads by an impoverished ego, filling them with a sense of importance.

The section above is an extract from Homocentricity or Anthropocentrism: Why Do Religions Think Humanity Is Central to God and Creation?. Its menu:

Clay, John
(1997) A Divided Self: Biography of R.D.Laing. Published by Hodder & Stoughton.