Descartes' (1596-1650CE) and St Anselm's formations of an Ontological Argument for the Existence of God form a traditional philosophical "proof" that has a number of flaws with it but is well-known and is still referred to. It is more a "proof" that theists use to defend their own position than one used to convince someone that a god must exist. The problems are that as everyone imagines up many different perfect gods the argument supports polytheism or atheism, but not monotheism. Or if we cannot imagine perfection (very likely) then Descartes' argument proves only the absence of a perfect god. If you re-phrase the ontological argument it is easy to see that without the power of the individual, the god would not exist; therefore the god is subservient and under-powered. And finally, just because we can imagine perfect island paradises, perfect meals, perfect lovers and the like, does not mean that these things all exist. Descartes' argument fails to assert that we are capable of imagining perfection, that "perfection" can exist, or why there is such a range of 'perfect' gods in existence in the religions of the world.

The original argument was invented by St. Anselm before it was presented by Descartes.

“St Anselm was [...] an Italian, a monk at Bec, and Archbishop of Canterbury (1093-1109) [...]. He is chiefly known to fame as the inventor of the 'ontological argument' for the existence of God. As he put it, the argument is as follows: We define 'God' as the greatest possible object of thought. Now if an object of thought does not exist, another, exactly like it, which does exist, is greater. Therefore the greatest of all objects of thought must exist, since, otherwise, another, still greater, would be possible. Therefore God exists.

This argument has never been accepted, by theologians. It was adversely criticized at the time; it was forgotten till the latter half of the thirteenth century. Thomas Aquinas rejected it, and among theologians his authority has prevailed ever since. But among philosophers it had had a better fate. Descartes revived it in a somewhat amended form; Leibniz thought that it could be made valid by the addition of a supplement to prove that God is possible. Kant considered that he had demolished it once and for all.”

The first problem with this "proof" is that upon reading it, something "seems wrong". It is not compelling. It feels like that if you were to accept this and therefore believe in God, you'd have been somehow tricked. There are indeed multiple problems with this 'proof' of the existence of God. The scholar of comparative religion Moojan Momen states that "the ontological argument takes various forms" and mentions the specific occurrences of it advanced by Descartes and St. Anselm. He mentions two historical objections2:

2. A Multitude of Perfect Gods

If Descartes was correct, then, everyone would actually imagine the same perfect God, as the vision of perfectness must come from outside (point 3). But we can see in the world that populations differ greatly in their conception of god, and, individuals even within the same culture rarely describe this 'perfect' god in the same way as each other. Many people have different views on what God is or should be. Either the whole plethora of gods is true or Descartes' argument is false. The Ontological Argument is a proof for polytheism not monotheism.

It does not seem true that because we imagine something to be perfect it follows that it is actually perfect. Epistemologically, we cannot verify that our conception of "perfect" is indeed "perfect". Every human knows hirself to be incapable of imagining "perfect" states of being that are divorced from our subjective experience. As it is a creation of our mind, we know it is not a god and not perfect. So Descartes' argument falls hollow upon a plain of doubt and deceptive illusions; we can't really conceive of a perfect God even if the idea of one is sent from above. The argument rests on a premise, that we can have perfect thoughts, that most monotheistic religions reject.

Also it may be impossible for something perfect to exist, in which case existence would be contradictory to perfection. Therefore if God is perfect it must exist strictly as a concept only and cannot exist in reality - to actually exist is to tarnish the concept of perfection with the complications of reality. A slightly different argument for the non-existence of God is explained by Dawkins (2006): 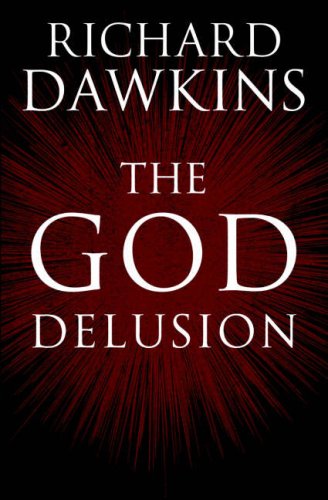 “The most definitive refutations of the ontological argument are Immanuel Kant (1724-1804). Kent identified the trick card up Anselm's sleeve as his slippery assumption that 'existence' is more 'perfect' than non-existence. [...] Another philosopher, the Australian Douglas Gasking, made the point with his ironic 'proof' that God does not exist (Anselm's contemporary Gaunilo had suggested a somewhat similar reductio).

We can 'imagine' a perfect god, or, a more powerful idea: the creation of the world by a non-existent being. What a feat! Impossible... but no more impossible that God creating the universe from nothing. Dawkins concludes with the following remark: "Gasking didn't really prove that God does not exist. By the same token, Anselm didn't prove that he does. The only difference is, Gasking was being funny on purpose"4.

4. Perfect Islands, Lovers, Worlds: A Proof of Everything Fantastical

Imagine a perfect island paradise. Perfect in every way, incorruptible by tourism or the natural elements, small and unknown yet safe and accessible. A perfect temperature with an atmosphere that protects against radiation, a limitless supply of nutritious and varied food. Everything you want and need... except there is one problem. It is only really "perfect" if it exists. This highlights a fundamental problem of Descartes' Ontological argument. It can be used to prove anything at all. A perfect island paradise, a perfect relationship or lover or a perfect world. But no matter how much we want these things to exist, we know that they don't! It is clear that they are conceived of as a result of Human psychology. Like the Ontological proof of god, it is best if we admit that all these things - including God - are left to realm of fantasy.

The perfectly loving god of the Universalist Christian would contradict the vengeful god of the Old Testament, and both would contradict the biblical God of evangelists yet all consider their own gods to be perfect. The ambiguity of the argument that "it must exist if it is really perfect" shows us that it is fundamentally flawed.

"The Description, Philosophies and Justification of Satanism" by Vexen Crabtree (2010)

"Masters of Existence: Subjectivism and Self Worship in Satanism" by Vexen Crabtree (2015)

Most traditions of Satanic text state that "we are all gods" and "we make god in our image" .Descartes' argument can be used as proof for more of a Satanic internal Godhood rather than the external God that monotheists wish for. Every individual will no doubt be making different assumptions about what a perfect being is and how it would be. Thus; everyone is creating a different perfect being. God is in our image according to our needs and wants and would not exist without the individual who creates it. We all have a god of our own residing in the part of our minds that deals with such abstract concepts. You can add the following point to the Ontological Argument: