In the modern world, globalisation and multiculturalism have led us into an era where idea, cultures and religions intermingle. As a result, it is no longer acceptable to force others to follow local religion(s), and, all people are exposed to the variant beliefs of other faiths. This is held by many to be a severe blow to the capability of religion to propagate itself.1,2,3. Beliefs that once seemed special and safe to assume are now called into question because they can easily be compared to other people's contradictory beliefs2,4,5. Everything is now called into question and the traditional methods of religious organisations to variant beliefs (heresy-hunting, scapegoating and violent intolerance) are now unacceptable and seen as extreme. It was normal for religious groups to claim moral superiority as a result of their own beliefs, but now such claims are impossible to maintain6.

1. How Mixing Cultures Undermines the Claims of Religion

Sociologists Wallis and Bruce (1982)1 list "societalization" as one of the main three factors that is reducing the power of religion in the modern world. They describe this as a loss of shared religion in public spaces. Momen calls this the "first blow" against religion. As a result, traditionally established religions lose the power to dominate and monopolize the public's idea of what religion should and shouldn't be. 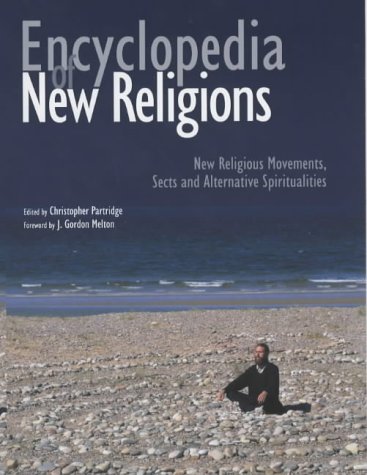 “Not only do modern methods of travel mean that the world's cultures are only a few hours away; but, thanks to radio, television and increased literacy, information about other cultures and religious communities is disseminated widely and rapidly. As a result, people in the modern world are increasingly aware of, influenced by and challenged by the existence of other religions and cultures.

Communities in which people shared the same religious beliefs and morality [...] are rapidly disappearing. [...] In modern societies there are few shared values to which one can appeal. Believers are constantly aware that their faith is chosen from a spectrum of beliefs on offer. Consequently, beliefs that were once taken for granted as exclusively and absolutely true seem increasingly implausible.” 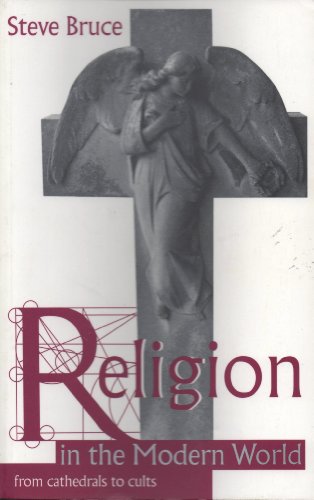 “Every increase in competition makes that certainty, that dogmaticism, more and more difficult to maintain. If the competing faith belongs to some subordinate social minority, it can be dismissed as only fitting for that kind of people [... but when] you live and work with these people, it becomes more and more difficult to insist that your own link with God is unique and that the others are all wrong. Gradually, the way in which people hold their beliefs changes so that absolute certainty and intolerance diminish; the result is the denominational position of supposing that all these organizations in their different ways, are doing God's work.”

"Religion in the Modern World: From Cathedrals to Cults" by Steve Bruce (1996)4

Pluralism can otherwise cause entire religious denominations to rethink their relationship towards those who believe different things. A scholar of comparative religion, M. Momen, states:

“One way of dealing with the problem of modernity and religious pluralism is to withdraw from making any universal and social claims for religion, thus making it a purely personal affair. 'My religion satisfies my needs. It may not satisfy your needs or even anyone else's. All that matters to me is that it satisfies mine.' This then sets up a defensive wall against any possibility that one's religion can be shown to be intellectually faulty, illogical, or inferior to another's.”

"The Phenomenon Of Religion: A Thematic Approach" by Moojan Momen (1999) [Book Review]3

Multiculturalism takes away from the powers of preachers to reassure the followers that they're inherently better than others, it defangs the aggressive notions that one religion is "better" than others in social terms. As a result of multiculturalism, people live in a world where they can change religion, change beliefs and they are not going against all of society. They know that they are not alone because of all the religions apparent in the nation around them; they know many people who are not the same religion. It makes freedom of choice easier, and finally, it makes it perfectly possible to denounce religion altogether and continue life as a normal person without it.

2. Multiculturalism in the Roman Empire

The effect of multiculturalism on religious claims is not new to the modern world. The historian John William Draper, writing on this subject already in 1881, reminds us of some very similar effects taking place in the Roman Empire over 2000 years ago. Many of the perpetual wars between tribes and nations had been massively reduced, and instead struggled centered on trade, governance and religious beliefs.

“At the epoch of the transition of Rome from the republican to the imperial form of government, all the independent nationalities around the Mediterranean Sea had been brought under the control of that central power. [...] The perpetual wars they had maintained with each other came to an end. [...T]he conquering republic brought the gods of the vanquished peoples to Rome. With disdainful toleration, she permitted the worship of them all. That paramount authority exercised by each divinity in his original seat disappeared at once in the crowd of gods and goddesses among whom he had been brought.

If the destruction of paganism was completed when all the gods were brought to Rome and confronted there, now, when by our wonderful facilities of locomotion strange nations and conflicting religions are brought into common presence - the Mohammedan, the Buddhist, the Brahman - modifications of them all must ensue. In that conflict science alone will stand secure.”

3. The Loss of Ridiculous Moral Claims About Outsiders 7

It was easy, during the Crusades, to say that Muslims believed all kinds of evil, corrupt and immoral things. Because no-one actually knew any Muslims. With increased multi-culturalism comes increased compassion and humanitarian behavior towards those who are different. So it happens that when religious groups intermingle, illogical animosity decreases and it is no longer possible for one particular group to claim moral superiority when it becomes manifestly obvious that morals are cultural, and most religious believers are just as moral as anyone else, no matter if they're religious or not, or what denomination or religion they happen to have been born into. Believers will still believe that their religion is "correct", but moral assertions about different religious groups become impossible when such people are your next door neighbours and friends.

“Someone once said that it was easy for Christians to send missionaries to the world of Buddhists so long as they only heard other missionaries tell them how bad the Buddhists were. [...] What do you do to explain the good Buddhist next door? In an ever-shrinking globe...”

Increased tolerance for different religions, ethnic groups and beliefs is incompatible with fundamentalist beliefs about your own religion, sect or cult being infallible or chosen to the extent that other people don't matter - only their beliefs. Isolated religious groups or areas where a particular religion is overly dominant can regress to this type of behavior though, but multiculturalism and modern freedom of movement and speech hopefully makes this less likely, especially in Europe and the modern Far East. A surge in cultic isolationism, ghetto-formation and reactive rejection of the world, unfortunately, means that some people go the opposite way and in pluralistic societies, hardcore groups of extremists can emerge. See my page Fundamentalism and Literalism in World Religions for more on this type of reaction.