Despite what some religious folk claim, especially Christians and Muslims, it simply isn't possible to have a "Book of Truth" that can be read objectively, with a shared meaning agreed upon by everyone, especially when it comes to moral instruction and ethics. It is impossible to derive "absolute morals" from holy books like The Bible and The Qur'an. Unfortunately, because many religionists think that correct interpretation is of extreme importance, then, all these different possible conclusions lead to schism and the formation of competing denominations, often violently opposed to others who haven't come to the same conclusions.

It is surprising that anyone thinks a god would attempt to communicate with us in any particular language, let alone ancient ones. If I was god, I would transmit my message directly into everyone's brain. That way problems with translation and subjectivism would be removed and people could make informed decisions and moral choices based on the full facts, rather than miscommunicated ideals. This would end all translation and transmission problems too.

Clearly, no gods have imparted such a universal moral message into the minds of mankind. If there is a supreme and omniscient creator god then it is responsible for creating the way that our brains work. Such a being knows that we can only interpret life subjectively, and that no text will mean the same thing for any two people. Therefore by design, any sacred text must only be designed by God for the specific culture into which the text arose.

Robert G Ingersol wrote of how the problem of subjectivism applies to Christianity:

“It is probably safe to say that not one-third of the inhabitants of this world ever heard of the Bible, and not one- tenth ever read it. It is also safe to say that no two persons who ever read it agreed as to its meaning, and it is not likely that even one person has ever understood it. Nothing is more needed at the present time than an inspired translator. Then we shall need an inspired commentator, and the translation and the commentary should be written in an inspired universal language, incapable of change, and then the whole world should be inspired to understand this language precisely the same. Until these things are accomplished, all written revelations from God will fill the world with contending sects, contradictory creeds and opinions.

All persons who know anything of constitutions and laws know how impossible it is to use words that will convey the same ideas to all. The best statesmen, the profoundest lawyers, differ as widely about the real meaning of treaties and statutes as do theologians about the Bible. When the differences of lawyers are left to courts, and the courts give written decisions, the lawyers will again differ as to the real meaning of the opinions. Probably no two lawyers in the United States understand our Constitution alike. To allow a few men to tell what the Constitution means, and to hang for treason all who refuse to accept the opinions of these few men, would accomplish in politics what most churches have asked for in religion.”

The legal profession has much experience with determining the accurate meaning of texts. We quoted Prof Loughlin on this already, but here is a fuller quote from him: 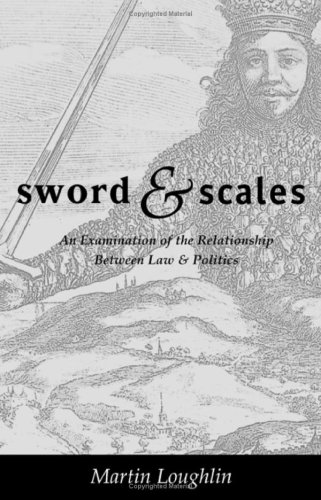 “Law is not merely an attempt to subject human conduct to the governance of rules; it is an attempt to guide the future through the use of rules. [...] It is an attempt through the use of language to devise rules. The problem which this presents is that language has an open-textured quality; language, we might say, has a limited grip over reality. There is an inherent vagueness in the ordinary use of language and, because of this, rules - even if we accept that they have a core of settled meaning - are often surrounded by a penumbra of uncertainty. [...] Words do not always have simple, literal meanings: they often acquire meaning within particular contexts.”

"Sword and Scales: An Examination of the Relationship Between Law and Politics" by Martin Loughlin (2000)1

Further reading on Do We Need Religion to Have Good Morals?: 2. Deriving (Absolute) Morals from Religious Texts:

Further reading on Fundamentalism and Literalism in World Religions: 4. Fundamentalist's Approach to Their Chosen Text: