Prev: Proverbs
Next: Song of Solomon

Prev: Proverbs
Next: Canticle of Canticles

Another book that was said to be written by Solomon1, but is now known to be written by someone before 168BCE2,3. The text is vaguely philosophical although its ideas are undeveloped, and includes some discussions on wisdom, wealth and death but is in general completely different to other Hebrew writings in its concerns2 except perhaps Proverbs. The text contains the personal whingings of a pessimistic and cynical thinker ("all is vanity!"), and it is not a religious text. It was disputed heavily by scholars who were trying to decide whether to consider this book part of the Bible2.

“One of the Five Scrolls used on the Jewish festivals, Ecclesiastes is read at Sukkot (Tabernacles). Jewish editions of the Hebrew Bible place it within the Writings (Ketuvim); Christian editions of the Old Testament place it among the Poetic Books. The English title, Ecclesiastes, follows the Greek name of the book in the Septuagint and means 'one who addresses an assembly.' The Hebrew title Qohelet [...] might be translated 'female speaker in the assembly' ' ... However it is written with masculine verbs.”

"The Encyclopedia of Religion" by Eliade Mircea (1987)2

“This book, written in Solomon's old age, is by no means comforting or inspiring. Everything in life seems to have been disappointing to him. Wealth, position, learning, all earthly possessions and acquirements he declares alike to be 'vanity of vanities and vexation of spirit.' To one whose life has been useful to others and sweet to himself, it is quite impossible to accept these pessimistic pictures of human destiny.”

1. Solomon Did Not Write The Book of Ecclesiastes5

The book opens by saying that it contains the words of the son of David (Ecc 1:1) and later claims to be king of Israel (Ecc 1:1) and that the author is "fantastically rich and wise. In other words, he is claiming to be Solomon without using his name"1. For this reason many scholars believe the book is a forgery6. Others more kindly conclude that it is anonymous.

For a long time many believed it to be written by King Solomon3 but no scholars today (except conservative Christians) think that this is the case. Some say the Book of Ecclesiastes was written around 200BCE3 whilst others pinpoint before 168BCE2. In general, this is about 600 years after the purported life of Solomon6.

Because the book is presented as 'the words of the preacher' and the 'preacher' in question is always referred to in the third person, some conclude that Ecclesiastes is actually student's notebook, or, the writings of a teacher who was in the process of debating philosophical and secular themes.2. The text contains no kingly text (except the claim of great riches - Eccl. 2:7-8), nor ever writes using insider royal knowledge, and so it seems likely it was indeed written by an outsider to royal circles. 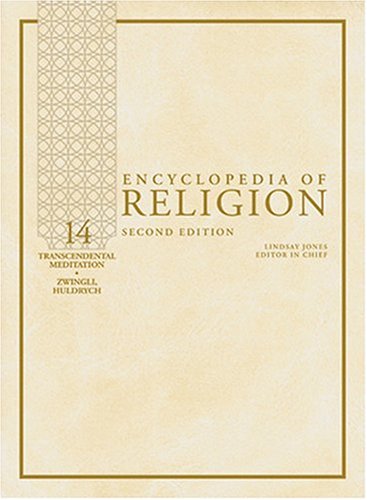 “The Hebrew in which he wrote is quite different from that of the Prophets, Proverbs and Job, and is closer to the language of the rabbinic period. It also contains a number of Aramaisms and shows affinities with the Phoenician. [...] Because he knew nothing of the Seleucid persecutions or of the Maccabean Revolt, he probably wrote before 168 BCE. [... Some] consider the book as the intellectual diary of a lay teacher who reacted to the trends of a rising cosmopolitan culture. [...] According to another hypothesis, Qohelet argued with the opinions of his predecessors and also debated his own; the book represents classnotes by one of his students. [...]

Qohelet ignored the main themes of Hebrew faith, such as chosen people, covenants, revealed law, Zion, messianism, or any form of eschatology. [...]

Because Ecclesiastes differed dramatically from the rest of the Hebrew Bible [...] the canonicity of the book was disputed. The Tosefta, the Talmud, and the midrashim contained protracted rabbincal discussions on its value and sanctity. [...] Medieval Schoolmen and Protestant reformers used it to support their views on the depravity of man.”

"The Encyclopedia of Religion" by Eliade Mircea (1987)2

“There is no way [the author] was Solomon. This book could not have been written until six hundred years after Solomon's death, as critical bibilical scholars agree today. [...] These views of Daniel and Ecclesiastes are almost universally held by critical scholars today. For an introductory discussion, see two of the leading textooks on the Hebrew Bible in use throughout American universities today: John J. Collins, Introduction to the Hebrew Bible (Minneapolis: Fortress, 2004); and Michael Coogan, The Old Testament: A Historical and Literary Introduction to the Hebrew Scriptures (New York: Oxford University Press, 2006).”

Ecclesiastes chapter 1 (18 verses) - There's no point to anything. Humans are greedy. The more you know, the sadder you are.

Ecclesiastes chapter 2 (26 verses) - I've done great things and amassed great riches, and gotten whatever I desired, but it all meant nothing.

Ecclesiastes chapter 4 (16 verses) - I saw the tears of the oppressed. Two have a good reward for their toil. I saw everyone follow a new king. This too is meaningless!7

Ecclesiastes chapter 5 (20 verses) - Do not make rash vows before God. The lover of money never has enough. What is gained by toil? It is good to find enjoyment in life.7

Ecclesiastes chapter 6 (12 verses) - Here is an evil: to have wealth and honour but not to enjoy them. What do the wise gain over fools? The more words, the less meaning.7

Ecclesiastes chapter 8 (17 verses) - Obey the king's command. Though sinners do evil, it will be well for those who fear God. No one can know what goes on under the sun.7

Ecclesiastes chapter 9 (18 verses) - The same fate comes to all. A living dog is better than a dead lion. Enjoy the days of your vain life. Wisdom is better than strength.7

Ecclesiastes chapter 11 (10 verses) - Whoever watches the clouds will never reap. You do not know what will prosper. Enjoy your youth, but know that God will judge you.7

Ecclesiastes chapter 12 (14 verses) - Remember your Creator in your youth, before the days of trouble come. Everything is meaningless! Fear God and keep his commandments.7